Rooftop Community Solar Could be Coming to Austin 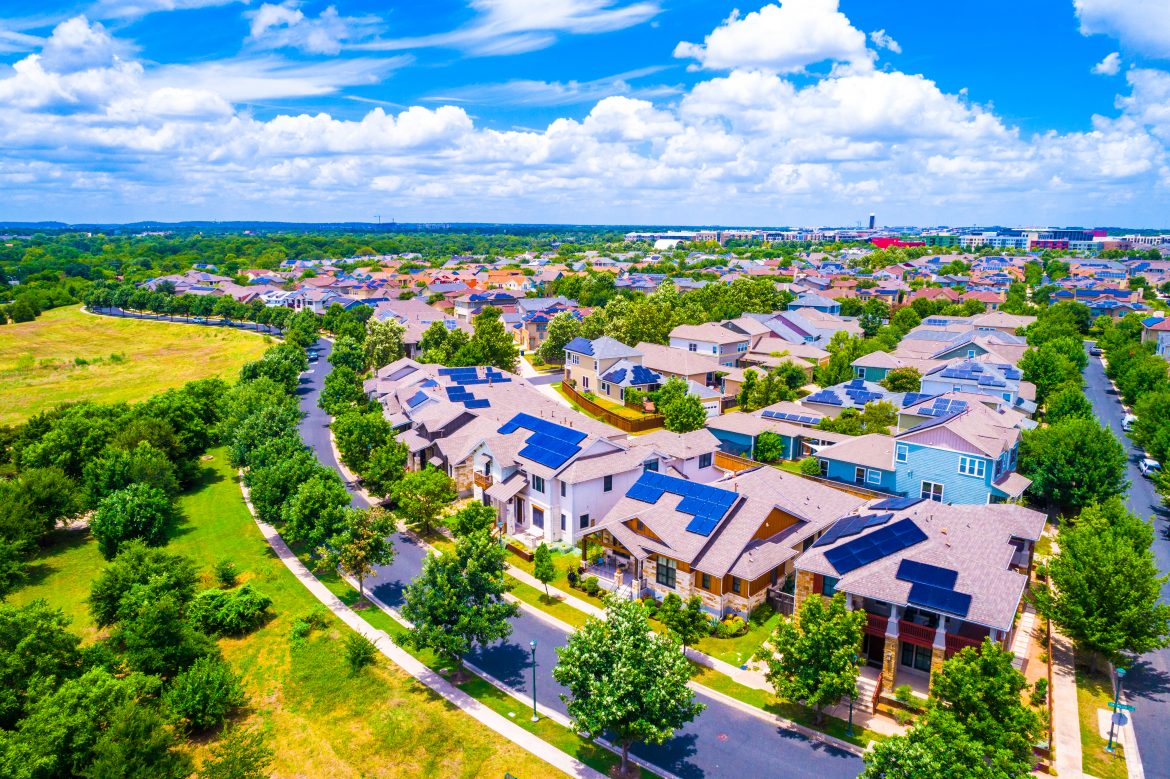 On Tuesday, September 15, Austin Energy released a request for proposals (RFP) for distributed solar and energy storage located within the utility’s service territory. This exciting announcement comes a year after the utility convened a team that included two Solar Austin board members to participate in a workshop hosted by the Rocky Mountain Institute.

That team’s stated objective was to identify ways that rooftop solar could be made more accessible to low-income and other hard-to-reach customers, such as renters and those living in multifamily housing. This is no small challenge and is something that will undoubtedly require additional work to achieve, but this RFP could represent progress.

The RFP doesn’t mention the types of customers to be targeted, the hope is that solar developers will seek out a variety of available rooftop spaces to build solar capacity. The owners of those rooftops will almost certainly receive some sort of compensation. So, homeowners and businesses who can’t afford to buy their own solar installation could instead receive payment for the use of their roof. That’s essentially how CPS Energy’s Solar Host program works in San Antonio.

This type of program represents a cutting edge approach to collaborations between solar developers, property owners, rate payers and the interests of the utility.

Although renters are unlikely to see any direct benefit from hosting these new solar installations, the expectation is that the energy produced through this program will add to the number of customers who can be served through Austin Energy’s Community Solar program. That program is accessible to renters and homeowners alike. While subscribing to the community solar program currently costs a small premium, the price is fixed for 15 years, providing bill stability and offering the possibility of saving money if Austin Energy rates for non-subscribers go up. And Austin Energy reserves 50% of the capacity from its Community Solar program for low-income customers who are at 200% of the federal poverty line or below. Those customers subscribe at a slightly lower rate to ensure a small but immediate bill savings.

Solar developers are free to submit proposals for both ground mounted and rooftop solar installations, but with property values as high as they are in Austin, rooftop installations are likely the most economic. The RFP also indicates that “dual land use concepts” are a factor to be considered. Utilizing local workers is also preferred. These and other criteria draw from the recommendations that the project team developed with Austin Energy staff and were then voted on by the Resource Management Commission.

This strategy has significant potential to increase the portion of roof space utilized for solar in Austin. That’s good news for the environment, local job creation and potentially resilience if some of the solar projects are co-located with battery storage.

Proposals are due at 3 p.m. on Tuesday, November 17, so we encourage solar developers to get started right away. If you own roof space that you’d like to use for this program, give one of the local solar developers on the Austin Energy approved solar contractor list a call and ask if they plan to submit a proposal in response to this request. And if you want to subscribe to Austin Energy’s Community Solar program, you can sign up to be added to the waiting list (see form at the bottom of the page). A longer waiting list will encourage the utility to buy more solar energy.