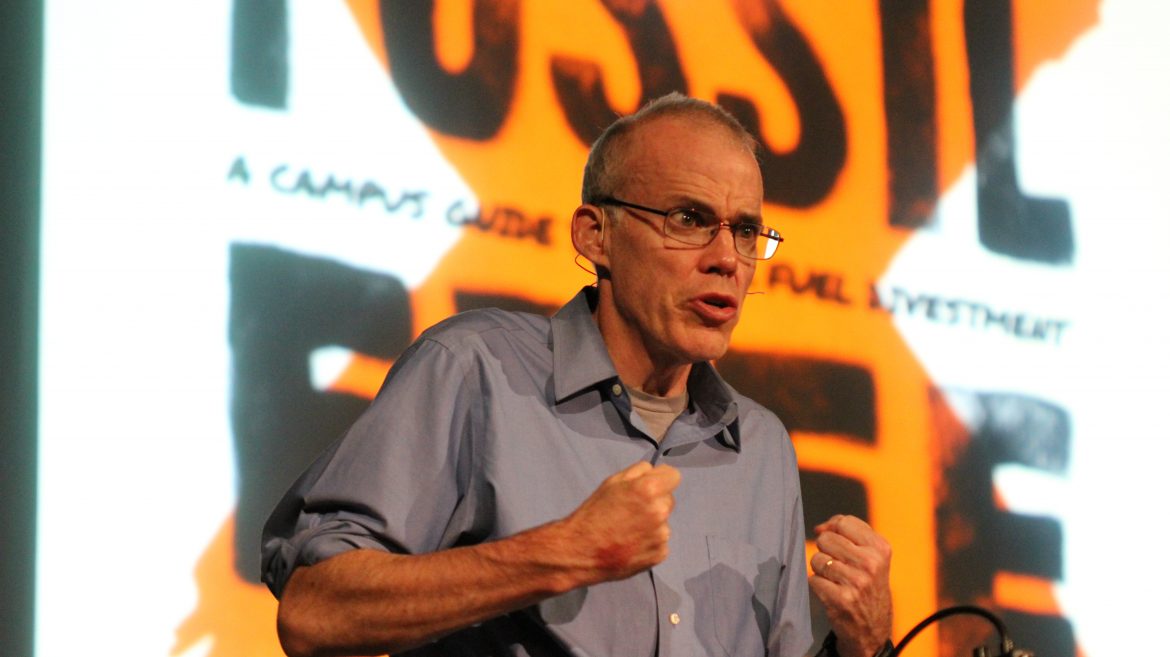 This event was held via Zoom and the session video is available on YouTube here: link

On June 16th, Bill McKibben will be joining Solar Austin to talk about his work fighting the most pressing environmental issues of our times. McKibben is a founder of 350.org, the first planet-wide, grassroots climate change movement, which has organized twenty thousand rallies around the world in every country save North Korea, spearheaded the resistance to the Keystone Pipeline, and launched the fast-growing fossil fuel divestment movement.

A renowned writer, McKibben was awarded the Right Livelihood Prize in 2014, sometimes called the ‘alternative Nobel.’ His 1989 book The End of Nature is regarded as the first book for a general audience about climate change, and has appeared in 24 languages— he’s gone on to write a dozen more books.

The Schumann Distinguished Scholar in Environmental Studies at Middlebury College and a fellow of the American Academy of Arts and Sciences, McKibben was the 2013 winner of the Gandhi Prize and the Thomas Merton Prize, and holds honorary degrees from 18 colleges and universities. Foreign Policy named him to their inaugural list of the world’s 100 most important global thinkers, and the Boston Globe said he was “probably America’s most important environmentalist.”

A former staff writer for the New Yorker, he writes frequently for a wide variety of publications around the world, including the New York Review of Books, National Geographic, and Rolling Stone. He lives in the mountains above Lake Champlain with his wife, the writer Sue Halpern, where he spends as much time as possible outdoors . In 2014, biologists honored him by naming a new species of woodland gnat— Megophthalmidia mckibbeni–in his honor.To read more about our June Happy Hour featured speaker, please visit: www.billmckibben.com

Find a comfy spot on your couch with a steady internet connection and simply kick start Zoom for free! There will be an opportunity to reconnect and network with the Solar Austin community prior to the featured speaker so stay tuned.

Although our happy hours are free and open to all, we hope you’ll consider donating to Solar Austin. Help us keep solar energy growing in the Austin area. You can use the donate button here to avoid fees.