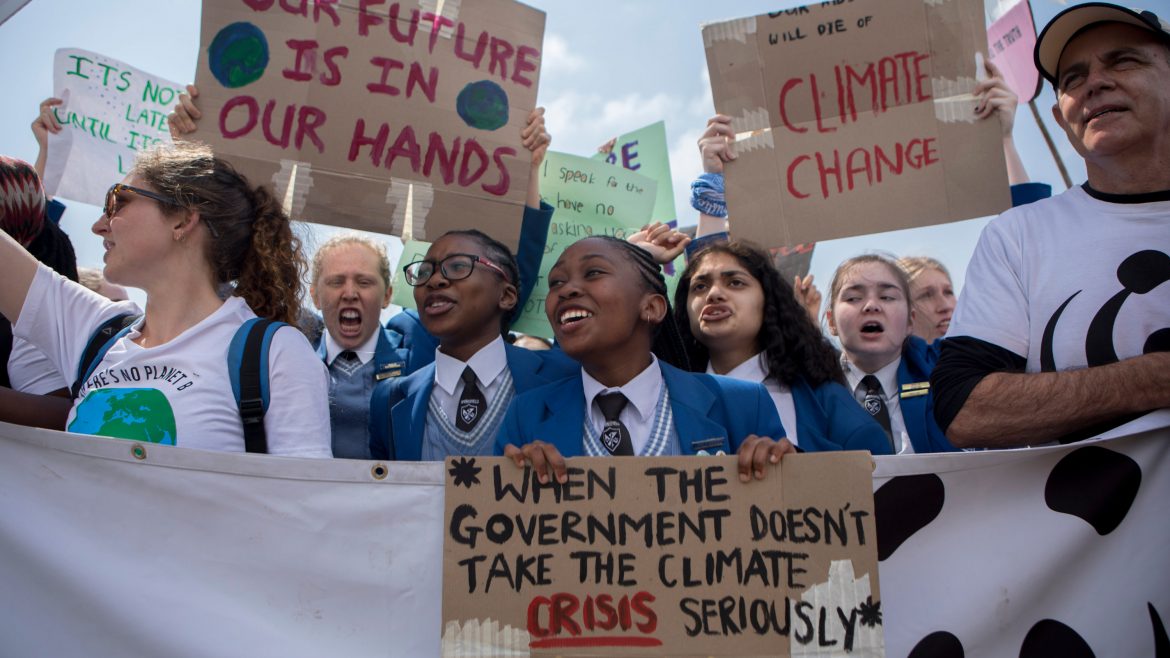 To kick off 2020, Solar Austin has gathered a panel of passionate activists and advocates who are working locally to lead the fight for climate action. From student protesters to grassroots organizers, this month’s speakers have made it their mission to speak out about renewable energy and environmental justice issues in Texas. Come and join us as we tackle the ever-daunting question: How can we reduce emissions quickly enough to avoid catastrophic climate change?

Despite Texas being the leading state in wind energy production and one of the top in solar energy, Texas is still the leading producer of greenhouse gas emissions in the U.S. When it comes actually kicking our fossil fuel habit, there’s a lot of work to be done. But new voices are joining the call for change and public support for climate action is growing.

The panel will include representatives from Sunrise Movement Austin, Students Fighting Climate Change, Austin DSA, 350 Austin, Extinction Rebellion, Austin Climate Coalition, and Sierra Club. Join us to hear what these groups are working on and how you can get involved to be part of the movement to save our planet.

Kelsey Vizzard (she/her) is a hub coordinator of Sunrise Movement Austin, the local chapter of the national youth-led movement organizing to fight climate change and create millions of quality jobs in the process. Originally from a small town in New Jersey, Kelsey moved to New York City to study Environmental Policy and Peace & Justice Studies at Fordham University. As an undergrad, Kelsey became involved with Fordham’s Community Service & Social Justice office, through which she began her career in environmental justice and anti-racist community organizing. Kelsey has lived in Austin for the past three years, and in spring 2019, she co-founded Sunrise Movement Austin. Kelsey is excited to actively shape this movement to support a Green New Deal and a better, livable future for Texas.

George Wunch is currently in his sophomore year at the University 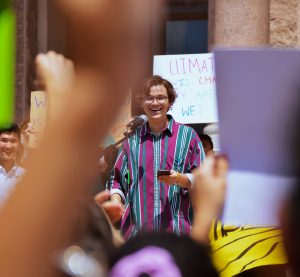 of Texas at Austin (UT), where he studies International Relations and Sustainability. In his first year, George co-founded Students Fighting Climate Change, a youth-run organization committed to educating Austin’s community about the severity of the climate crisis. Backed by a student network of ardent environmentalists, George strives to provide tangible opportunities for climate action both at UT and Austin at large.

Liliana Mendoza is the Vice President of Austin 350. She started becoming active in her community after first volunteering through the Bernie 2016 campaign. Liliana has been a member of Austin 350 since its founding in 2016 and was a summer organizer for Jolt 2017. Conservation and environmental justice issues continue to be big personal priorities for her.

Kathleen Clyne works as the Climate Change Organizing Intern for the Austin Sierra Club. In this role, she focuses on elevating the capacity of the Climate

Change Committee through meaningful volunteer involvement and political activism. Kathleen earned her Master’s from Colorado State University, where she studied public administration and environmental policy. During her time in Colorado, Kathleen served on the Executive Committee for the Sierra Club Poudre Canyon group, which enabled her to address the unique environmental issues impacting Northern Colorado. Kathleen is passionate about environmental conservation and looks forward to a career in public service.

Jeffrey Glass is a volunteer organizer with the Austin chapter of Democratic Socialists of America. Currently, Jeff is serving as co-chair of Austin DSA’s Ecosocialist Working Group and as a member of national DSA’s new Green New Deal Campaign Committee.

Meagan Bluestein is a data analyst at UT’s School of Public Health. Healthy people living in a healthy environment has always been important to her. She got involved in climate activism for the first time last year as a coordinator with Extinction Rebellion. Since then, she has played a vital role in organizing protests, rallies, and direct action events with XR around Austin. She plans to continue this work until the goal of a sustainable planet is achieved and justice is restored.

Louisa McDaniel is a junior at the Liberal Arts and Science Academy and a student leader with the Austin Climate Coalition (ACCO), the student-led group behind the September climate strike. She first got involved politically as a freshman with the 2018 gun control protests and by working for the Julie Oliver campaign during the 2018 election. Louisa helped organize the March and September climate strikes last year and has since been working with other student leaders on planning ACCO’s next moves.

Please consider taking the bus to the happy hour. There are many buses within easy walking distance of Scholz Garten. Plan your trip here. If you drive, State Parking Garages can be found next to, behind, and across from Scholz Garten. San Jacinto Blvd., 15th, 16th, 17th, 18th, and Trinity have parking garage entrances.

Although our happy hours are free and open to all, we hope you’ll consider donating to Solar Austin. Help us keep solar energy growing in the Austin area. You can purchase a ticket to the happy hour or use the donate button here on our website to avoid fees.