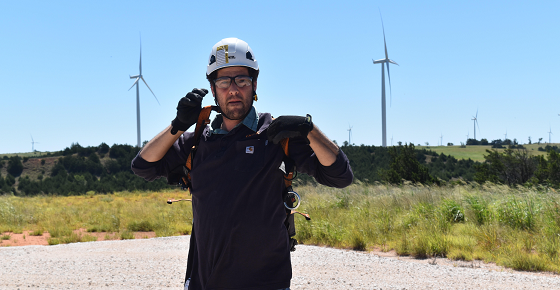 For our September happy hour, acclaimed author and journalist Russell Gold will share the story of an audacious attempt to build the largest renewable energy project in the United States right here in Texas. Any transition from a North American power grid that uses mostly fossil fuels to one that is predominantly clean requires a massive building spree—billions of dollars’ worth.

Enter Michael Skelly an infrastructure builder who began working on wind energy in 2000, when many considered the industry a joke. Eight years later, Skelly helped create the second largest wind power company in the United States—which was sold for $2 billion. Wind energy was no longer funny; it was well on its way to generating a substantial percentage of the electricity in the United States.

More About The Author: 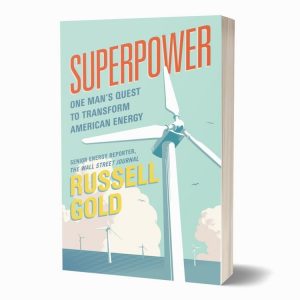 As a senior energy reporter for The Wall Street Journal, Russell Gold has reported on energy regularly since 2002. His coverage of the Deepwater Horizon oil spill was honored with a Gerald Loeb Award and was a finalist for the Pulitzer Prize. The San Francisco Chronicle called The Boom, Gold’s first book, “the best all-around book yet on fracking.” His follow-up effort, Superpower, tells the story of an urgent quest to transform America’s energy future. Gold lives in Austin, Texas, and BookPeople carries both of his books locally.

Please consider taking the bus to the happy hour. There are many buses within easy walking distance of Scholz Garten. Plan your trip here. If you drive, State Parking Garages can be found next to, behind, and across from Scholz Garten. San Jacinto Blvd., 15th, 16th, 17th, 18th, and Trinity have parking garage entrances.

Although our happy hours are free and open to all, we hope you’ll consider donating to Solar Austin.  Help us keep solar energy growing in the Austin area.  You can purchase a ticket to the happy hour or use the donate button here on our website to avoid fees.