Early voting is in full swing and Texans are showing up at the polls to exercise their precious right to vote.  Austinites have a petty long ballot to vote on and we know it can be difficult to get educated on all of the races.  Local leadership is critical for advancing the use of solar energy and addressing climate change though.  Climate change and energy issues aren’t often front and center in campaigns, so we worked with our partners at Earth Day ATX, Shades of Green and 350 Austin to develop a climate and energy questionnaire for the Austin mayoral and city council candidates.

We encourage you to read the candidates responses before deciding who most deserves your vote for Austin mayor and your city council member (if your district is up for an election this year).  If you don’t have time to read the questionnaire responses though, we made a shortcut for you.  We scored all responses based on two measures:

Candidates were scored based solely on their written responses to the questionnaire.  Responses to questions asked at the candidate forums Solar Austin co-hosted, and other information (from candidate websites, for example), was not factored in.

Solar Austin is not endorsing specific candidates, but we do encourage all Austin voters to keep support for clean energy – especially solar – in mind when voting.

Don’t forget that city elections are non-partisan, so voting “straight ticket” won’t cast a vote in the mayoral or city council races.  Keep clicking through and vote all the way down the ballot.  Many important decisions are made at the local level. 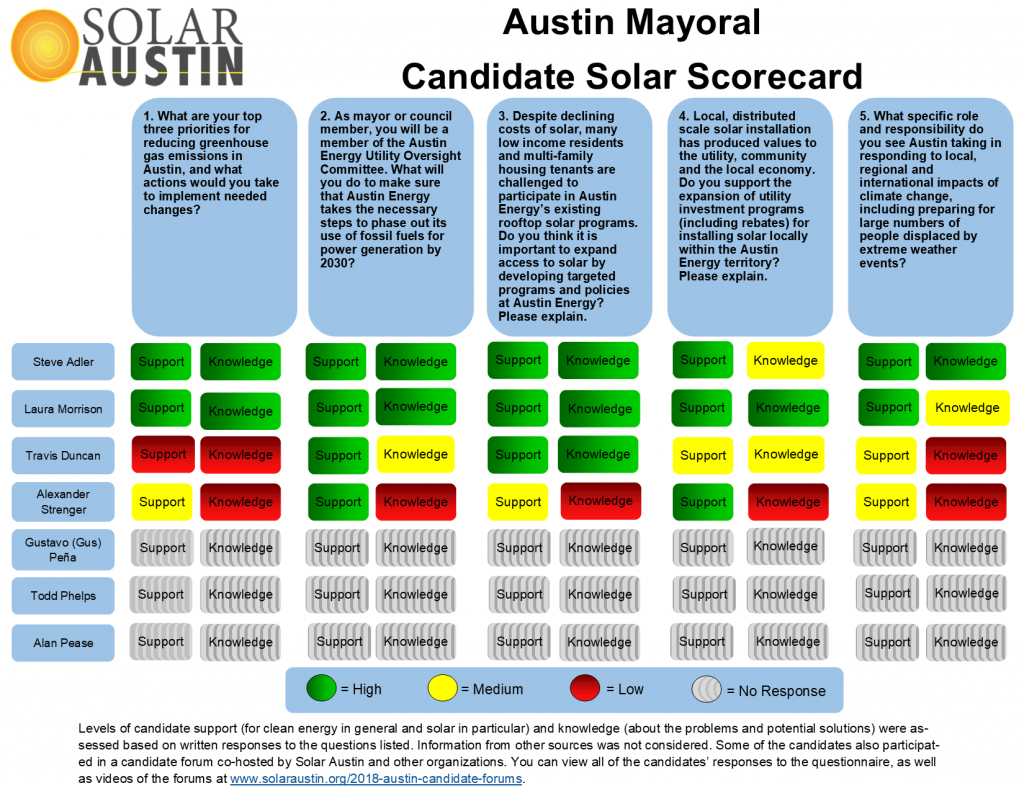 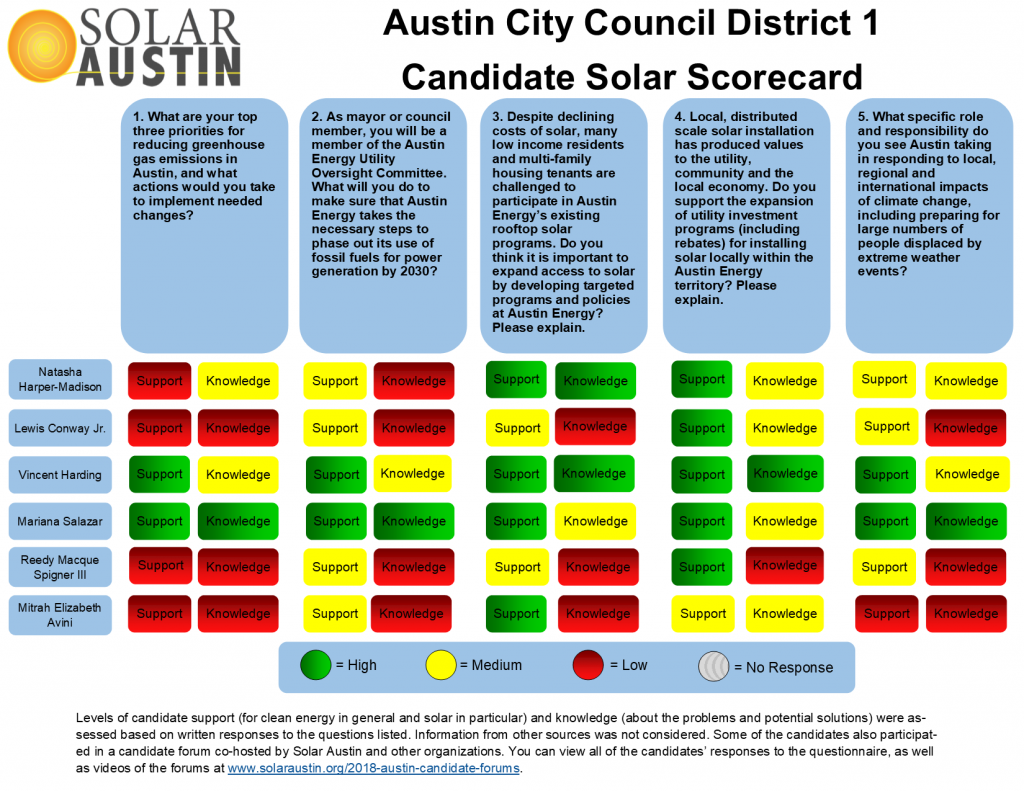 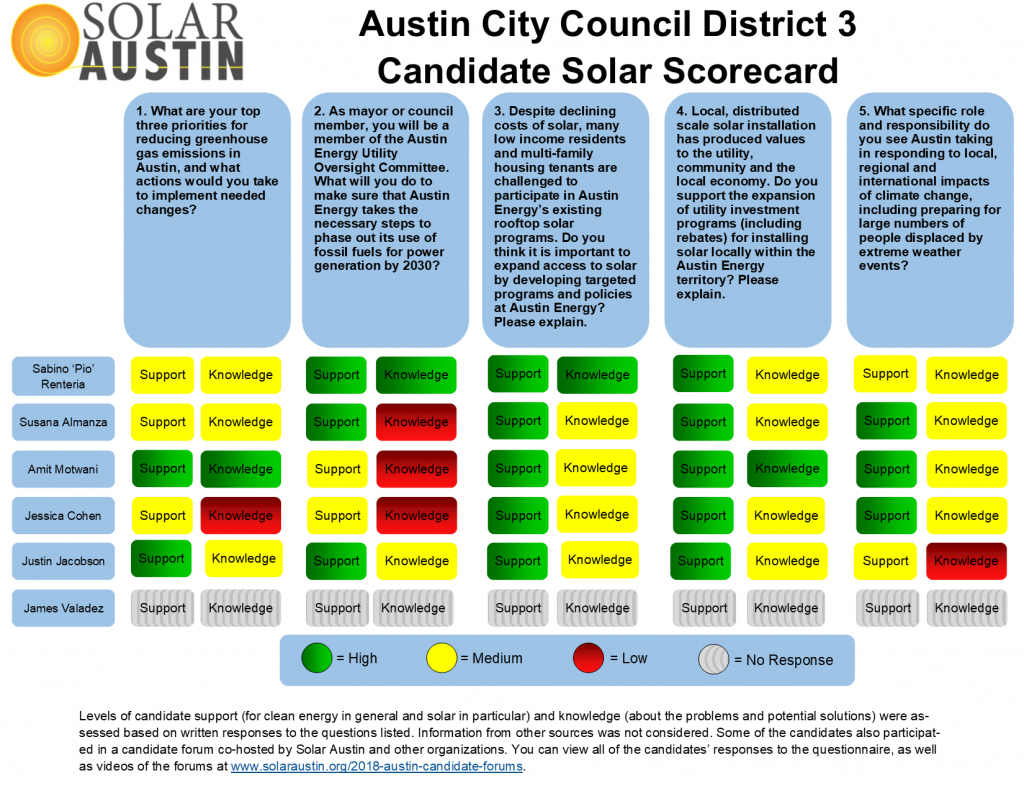 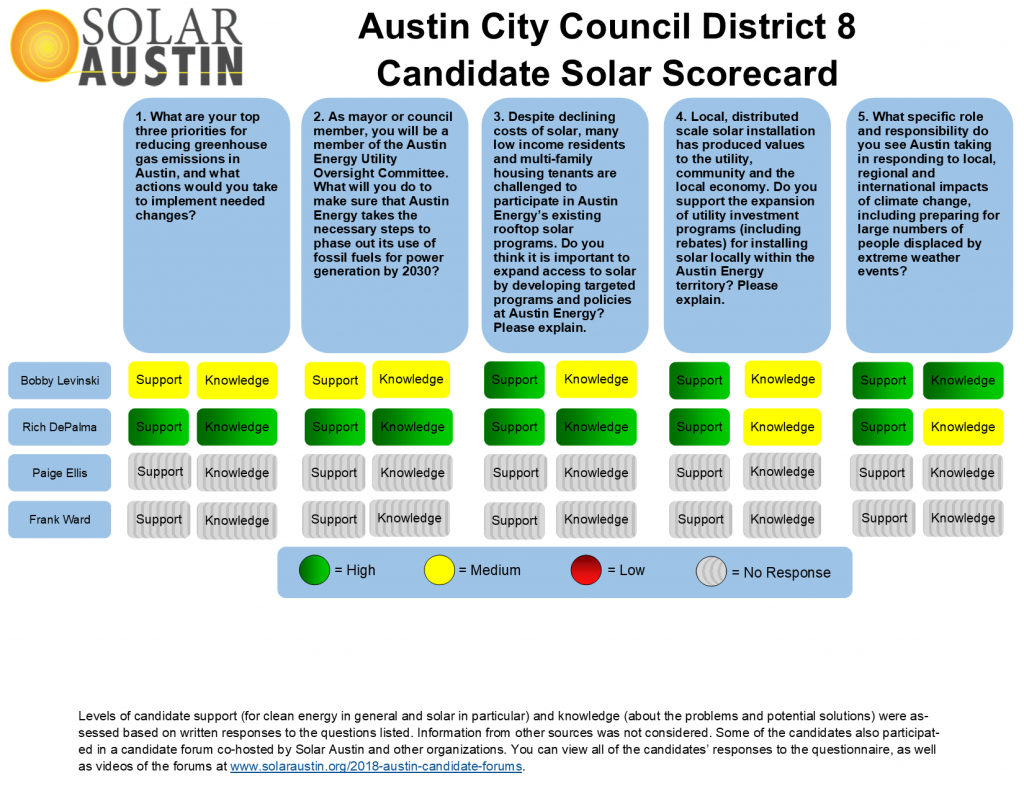 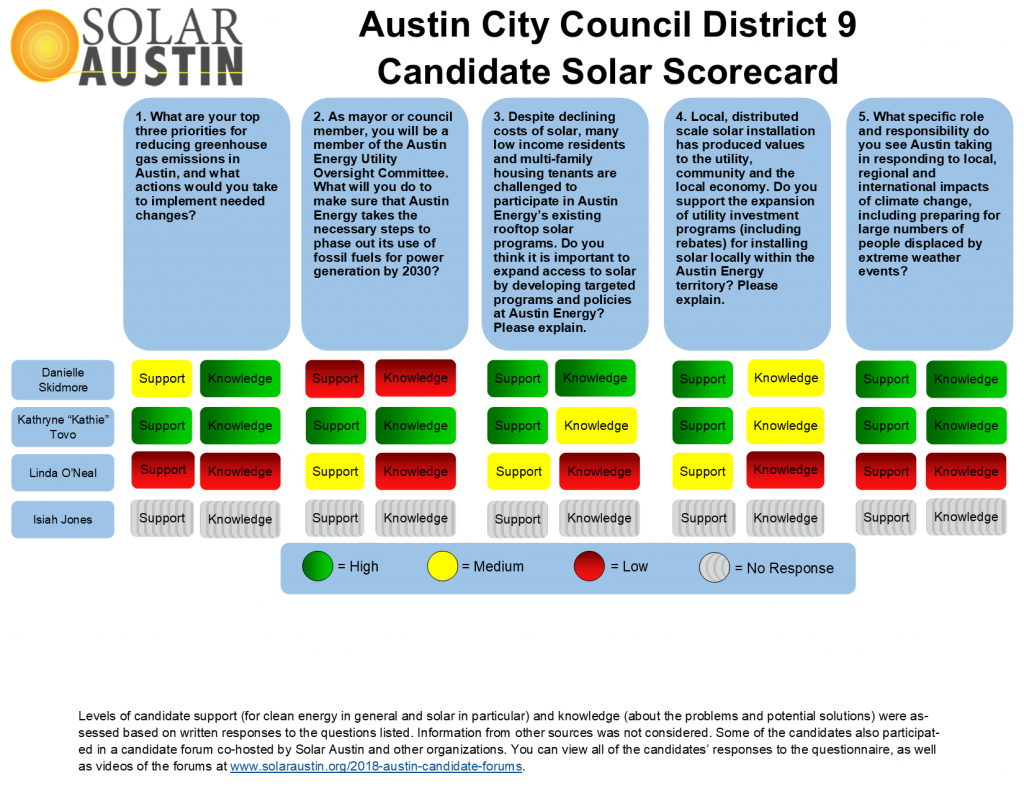