July Happy Hour: Perspectives on Utilities – Where Does Solar Fit In?

As solar, storage, demand response, and energy efficiency continue their ascent, new utility business models are emerging that align utilities’ financial incentives with increasing DERs. What are they? How do they work? And which models are most likely to win out?

This month, we will hear from Mark Kapner and Doug Lewin for two perspectives on utility business models and how they interact with emerging issues around solar and clean energy. 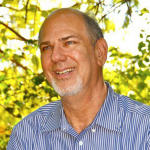 Mark Kapner, PE, Partner, MV Green Power LLC, is also the Engineering Manager of Frontier Associates in Austin, Texas. He is a nationally-recognized authority in helping electric utilities expand their use of wind, solar and bio-energy and has spoken at dozens of national and international renewable energy conferences.

Prior to joining Austin Enegy, Mark launched TerraSolar USA, a solar photovoltaic company based in New Jersey, and served as a Research and Development Manager for the New York Power Authority. He has a BS in Engineering Science from the State University of NY at Stony Brook and a Masters in Public Policy and Management from Carnegie Mellon University. 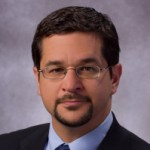 Prior to joining CLEAResult, Lewin was the founding Executive Director of the South-central Partnership for Energy Efficiency as a Resource (SPEER).SPEER was recognized by the US Department of Energy as the regional energy efficiency organization (REEO) for Texas and Oklahoma, working with a network of REEOs throughout the US to advance energy efficiency. Under his leadership from 2011-16, SPEER grew from a start-up organization to a multi-million dollar organization with over 50 members.

Lewin also worked at the Texas Legislature for five years, primarily on clean energy issues for three different elected officials in the House and Senate. Lewin earned his Bachelor’s and Master’s degrees from the University of Texas at Austin.

We are pleased to offer a new way to make your networking more effective at this happy hour: the wanah app. Download ahead of time, and write down one thing you want, and one thing you have to offer here.
At the event, you’ll both find and help others easily with this app.