Huston-Tillotson University has one more thing to be proud of – the school recently installed about 240 kilowatts of solar on campus.  The solar energy systems are on three buildings – the Downs-Jones Library and the Allen-Frazier and Beard-Burrowes residence halls. 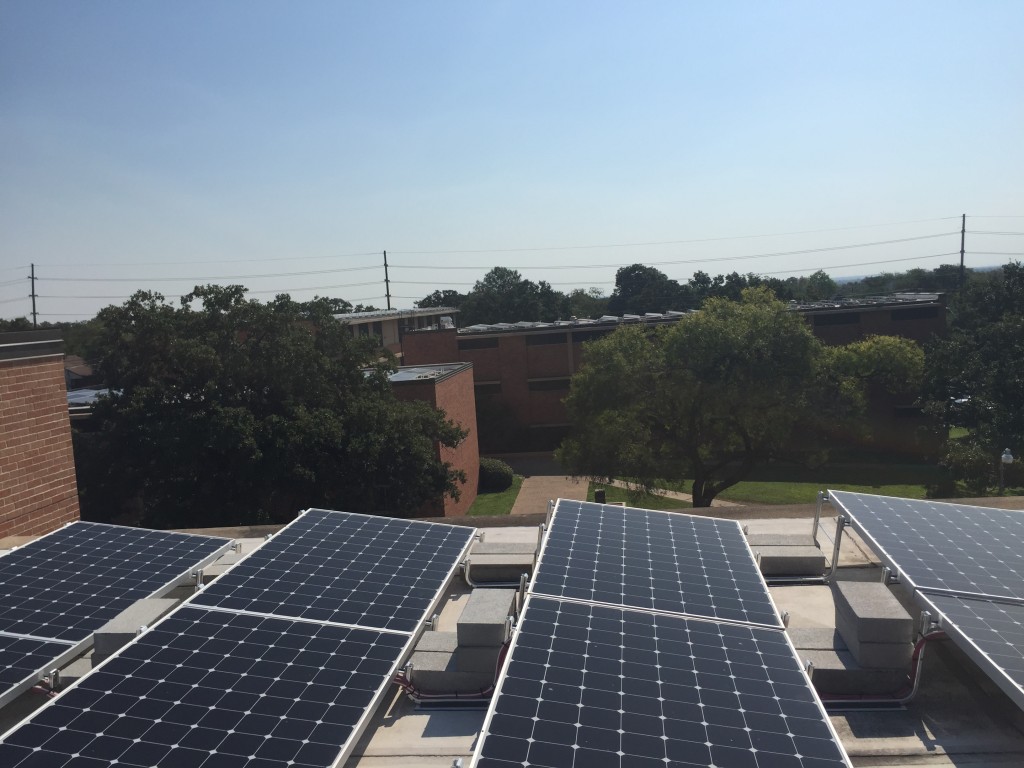 This commitment to renewable energy is the university’s latest move that places it as a leader in sustainability.  The university had previously installed the SolarPump – a solar-powered charging station for laptops and cell phones.  That project brought awareness of solar energy to the students, but the new installations will make a more meaningful contribution to reducing the university’s carbon footprint.  Raising awareness remains a priority.  Students and others on campus can track how much electricity the new solar installations are producing through a web-based application.

Members of Huston-Tillotson’s Green is the New Black student organization participated in the unveiling of the solar energy installations.  The group has taken on a variety of projects since its inception in 2013, including the Dumpster Project.