We invite you to join us in the exploration of recent discoveries by the Pecan Street Research Institute, along with new developments affecting the local solar community.

Solar Austin welcomes Scott Hinson, who will be presenting the latest findings of their research. 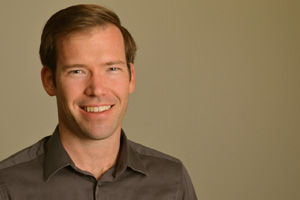 Scott Hinson is the director of the Pike Powers Lab and is responsible for management and coordination of the research conducted there. He worked at a thin film CIGS solar module manufacturer where he led module packaging, performance, certification and reliability efforts. Prior experience includes work in the military, medical, consumer and oil and gas industries developing power supplies, precision measurement equipment and inductive heating technologies. Scott received his B.S.E.E. from The University of Texas at Austin with undergraduate specializations in both communications systems and power distribution.

The UT-based consortium Pecan Street has been steadily making headlines since it began in 2008 with a focus on testing green energy and smart-grid solutions in Austin’s Mueller neighborhood. One past project monitored the energy usage and charging patterns for plug-in electric vehicles.

This past June, Pecan Street marked a significant milestone: the opening of the Pike Powers Laboratory and Center for Commercialization, a cutting-edge space where entrepreneurs, UT students, and researchers will design energy-efficient products like solar panels and fuel cell technologies – right here in Austin, TX. The goal is to speed up the progression of energy ideas from the lab to the consumer marketplace (full announcement here).

A bonus discussion for the evening includes recent updates and activities that have an immense impact on local solar, including the 2014 solar program budget and adoption of the Local Solar Advisory Committee recommendations.

Parking is usually free in the state parking garages after 6:00 p.m.

State Parking Garages can be found next to, behind and across from Scholz Garten. San Jacinto Blvd., 15th, 16th, 17th, 18th, and Trinity have parking garage entrances.